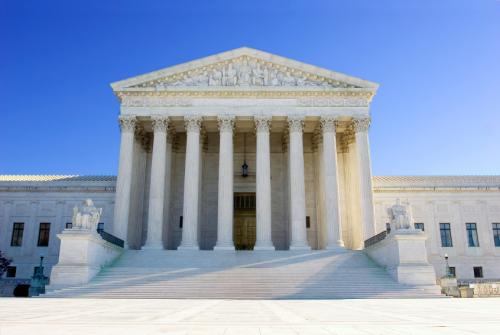 The Second Circuit Court of Appeals has ruled that the promotion of a drug for purposes not approved by the FDA is legal and that Big Pharma Detail Representatives are within their rights to do so. This decision has the potential to turn the drug safety system in our country upside down. Fortunately at this point it is only binding on New York,   Connecticut & Vermont which are under the jurisdiction of the Second Circuit.  If the case goes to the US Supreme Court,however,  and is affirmed  the implications are extremely troubling. A full account from the NY Times appears below.

In a case that could have broad ramifications for the pharmaceutical industry, a federal appeals court on Monday threw out the conviction of a sales representative who sold a drug for uses not approved by the Food and Drug Administration. The judges said that the ban on so-called off-label marketing violated the representative’s freedom of speech.

The 2-to-1 decision by a three-judge panel of the Court of Appeals for the Second Circuit in Manhattan addresses a long-running and costly issue for the industry, which has paid billions of dollars in penalties to the federal government in recent years after being accused of marketing blockbuster drugs for off-label uses.

In July, for example, the British drug maker GlaxoSmithKline agreed to pay $3 billion in fines, in part for promoting antidepressants and other drugs for unapproved uses; a month later, Johnson & Johnson announced that its pharmaceutical unit had reached a $181 million consumer fraud settlement with 36 states and the District of Columbia over its marketing of Risperdal, an antipsychotic drug.

“Most if not all of these cases have been based on a central premise: that it is unlawful for a company and one of its employees to be promoting a drug or a medical device off-label,” said John R. Fleder, a director at the law firm Hyman, Phelps & McNamara who represented the F.D.A. while working at the Justice Department. “And this decision hits at the heart of the government’s theory.”

The ruling, in United States v. Caronia, involved the conviction of Alfred Caronia, a former sales representative for Orphan Medical, which was later acquired by Jazz Pharmaceutical. Mr. Caronia was selling Xyrem, a drug approved for excessive daytime sleepiness, known as narcolepsy. He was accused of promoting it to doctors as a treatment for insomnia, fibromyalgia and other conditions. He became the target of a federal investigation in 2005 and was caught on an audiotape discussing the unapproved uses of the drug with a doctor who was a government informant. He was convicted by a jury in 2008.

Mr. Caronia appealed the conviction, arguing that his right to free speech under the First Amendment was being illegally restricted. The appellate court decision applies only to the Second Circuit, which comprises New York, Connecticut and Vermont, but some lawyers said that the government was likely to appeal and that the case could find its way to the Supreme Court.

Under the Food, Drug and Cosmetic Act, which gives the F.D.A. the authority to regulate drugs, selling a “misbranded drug,” or one that is intended to be used for purposes not listed in the label, is illegal. Doctors, on the other hand, are free to prescribe a drug for any use. The agency has argued that off-label promotion of drugs is evidence that a sales representative or company intended to sell misbranded drugs.

In its decision, the court said this view violated the First Amendment and cited as precedent a 2011 Supreme Court decision, Sorrell vs. IMS Health. In that case, the high court, citing freedom of speech, overturned a Vermont law restricting pharmaceutical companies from using prescription data for marketing purposes.

“The government clearly prosecuted Caronia for his words — for his speech,” the majority wrote, concluding later “the government cannot prosecute pharmaceutical manufacturers and their representatives under the F.D.C.A. for speech promoting the lawful, off-label use of an F.D.A.-approved drug.”

The lone dissenting judge, Judge Debra Ann Livingston, vigorously disagreed, arguing that by throwing out Mr. Caronia’s conviction “the majority calls into question the very foundations of our century-old system of drug regulation.” She argued that if drug companies “were allowed to promote F.D.A.-approved drugs for nonapproved uses, they would have little incentive to seek F.D.A. approval for those uses.”

Gerald Masoudi, a former chief counsel of the F.D.A., said the ruling made a distinction between truthful discussion of off-label uses of drugs, many of which are considered legitimate by the medical community, and those that are misleading or false. He noted that “anyone on the planet” could discuss off-label uses of drugs, except for pharmaceutical companies.

“It’s very significant,” he said, “because it’s going to make F.D.A., in its promotion cases, focus on the kinds of speech that are more likely to harm consumers, such as false or misleading marketing versus something that is not approved.”

In a statement, the trade group for the pharmaceutical industry, Pharmaceutical Research and Manufacturers of America, said it was pleased with the ruling.

“PhRMA believes that truthful and nonmisleading communication between biopharmaceutical companies and health care professionals is good for patients, because it facilitates the exchange of up-to-date and scientifically accurate information about new treatments,” the statement said.

A spokeswoman for the F.D.A. said the agency did not comment on active litigation.

Lawyers said the government would most likely ask for a rehearing before the circuit court’s full panel of judges and after that, it could be taken up by the Supreme Court.

Because pharmaceutical companies market their drugs nationally and the ruling applies only within the Second Circuit, the ruling is not likely to lead drug makers to change their marketing policies. Rather, some said, the F.D.A. will be unlikely to pursue convictions in similar cases until the legal issues are resolved.

A version of this article appeared in print on December 4, 2012, on page B1 of the New York edition with the headline: Ruling Is Victory for Drug Companies In Promoting Medicine for Other Use